The production plant for Frerichs Glas is a continuation of the kind of minimised constructions we had already designed for trade fair halls 8/9 and 27 in Hanover. Here, too, the aim was the integral development of concepts for construction, lighting, ventilation, and energy technology. Over a design period of several years, involving many changes to the floor plans and production technology, the concept showed itself to be flexible and sustainable. The column grid and the line of the crane track in an existing building determined the width of the new building and the position of the columns in it. Despite these constraints, we achieved a consistent overall structural concept 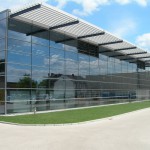 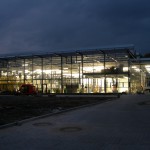 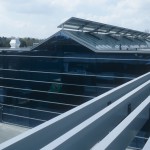 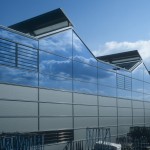 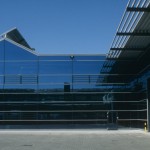 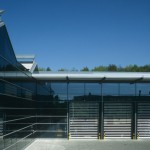 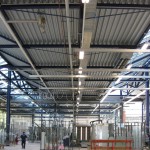 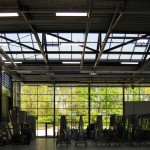