Two aspects determined the design of the ice-arena: an extremely tight budget and an even tighter schedule. The project was commissioned to our office in January while construction had to start in March at the end of the ice-hockey season and had to be finished in August ready for the new season.

The building meets the standards of the DEL, the premier German ice hockey league, and thus fulfils all requirements of 4500 seats and the corresponding catering and VIP-services.
Experience gained during the construction of the World Cup Soccer- arena in Hanover allowed us to meet all deadlines and the budget of € 7.5 million, using as much off-site prefabrication as possible, not just for the metal roof and facade structure but also for the concrete substructure and stands. 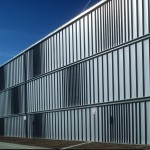 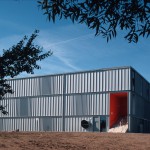 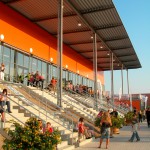